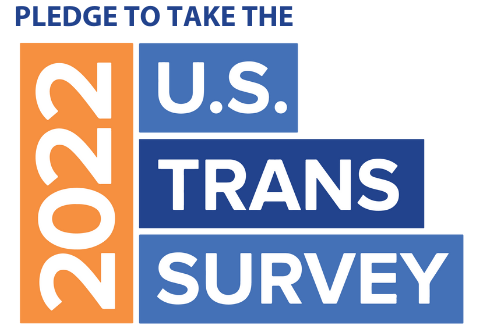 The Gill Foundation’s investment strategy has always been focused on finding and filling gaps. One such gap is the decades of public population research that has failed to include the LGBTQ community. The ramifications of this data deficiency can be severe and result in significant underrepresentation of LGBTQ Americans’ experiences and concerns in policy decisions.

Understanding the importance of this data, the National Center for Transgender Equality (NCTE) has for years been taking matters into its own hands to begin addressing the gap. Through its U.S. Transgender Survey (USTS), NCTE is providing researchers, policymakers, and advocates with a better understanding of the needs of transgender Americans and ways to improve their lives.

When it was first fielded in 2008 as the National Transgender Discrimination Survey (NTDS), its 6,400 respondents marked the largest study of its kind to date. Then the second iteration, fielded in 2015 as the USTS, garnered nearly 28,000 responses. We were proud to support both efforts as a core funder of NCTE. The third iteration, set to field this year with a goal of doubling its number of respondents, is shaping up to be even bigger and more impactful.

With many of the questions modeled after those asked in federal surveys, the USTS will continue to provide scientific data on the experiences of transgender people as compared with the rest of the U.S. population. In addition, with a fielding cycle of every five-to-ten years, it will begin to serve as a benchmarking tool to measure changes in the lives of transgender Americans over time.

As advocates know well, however, data alone can’t truly elevate visibility. One of the greatest strengths of the USTS is that it also collects the experiences of transgender people in their own words. This centers the unique voices of the community next to the hard and fast numbers.

To ensure the largest, most diverse sample of respondents and voices, NCTE has built deep community partnerships nationwide. Alongside an outreach council composed of nearly 20 national organizations, their partners include the Black Trans Advocacy Coalition, Trans Latin@ Coalition, the National Queer Asian Pacific Islander Alliance, and several Native American and Indigenous leaders. They are also working with AARP and SAGE to engage transgender elders.

NCTE and its partners are currently in the pledge period for the 2022 survey. It will field in mid-May and will run for approximately four weeks. Summaries and detailed reports will be available in late 2022 and early 2023. More information on the survey, pledge, and coalition can be found at ustranssurvey.org.

The leadership of grantees like NCTE and the Williams Institute, a trailblazer in providing federal agencies with research and guidance on adding sexual orientation and gender identity questions to federal surveys, has undoubtedly paved the way for data-collecting agencies to improve their efforts. Just last month, for instance, the National Academies of Sciences, Engineering and Medicine released a report advocating for the federal government to adopt a set of best practices in the collection of data on sexual orientation and gender identity. So even as final preparation for the next USTS springs into action, there’s reason to pause and celebrate the impact it’s already had.

This post was written with input from Josie Caballero, US Transgender Survey & Special Projects Director at NCTE, and Jami Westerhold, Deputy Executive Director at NCTE.