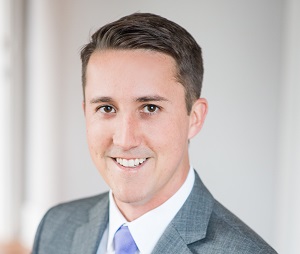 As vice president of partnerships, Jeff Criteser is responsible for bringing more investment into the movement for lesbian, gay, bisexual, and transgender equality. By engaging and supporting individual and institutional donors who want to make more effective and strategic gifts, Jeff leverages new and increased investments for key initiatives, collaborations, and grantees.

Prior to joining the foundation, Jeff worked as an account executive at a leading Washington D.C. fundraising firm. Jeff was responsible for creating and implementing tailor-made fundraising strategies to meet the financial and organizational goals of progressive nonprofit groups. He also assisted with the organization and staffing of major donor events, including the 2012 Democratic National Convention and 2013 Presidential Inauguration.

In his home state of Michigan, Jeff served in senior roles on campaigns for Michigan Attorney General, a nationally targeted state Senate race, and as an aide in the state legislature.

Jeff is proud to be a member of the Gill Foundation, an organization he has long respected, and is committed to advancing the cause of equality across the nation.