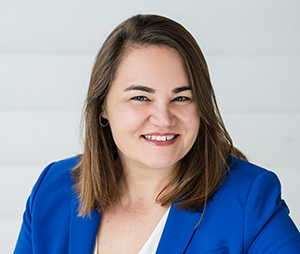 As a program officer, J.J. Straight is responsible for identifying and developing grant-making strategies to help advance nondiscrimination protections for LGBT people.

J.J. joins the Gill Foundation from her most recent position as a regional campaigns director for Airbnb, where she built and managed a team that was responsible for overseeing policy campaigns, building local partnerships, and organizing the host community in the Western United States and Canada. Prior to that, J.J. was regional campaigns manager with Planned Parenthood Federation of America, where she served as the national liaison for local affiliates in 13 states in the Western U.S. In that role, she expanded health care to thousands of families by running a national organizing campaign on the Affordable Care Act enrollment, and she protected the health care of hundreds of thousands of Planned Parenthood patients through successful legislative and advocacy campaigns. Prior to joining Planned Parenthood, J.J. spent over ten years at Service Employees International Union (SEIU) working on public policy and community campaigns with local unions in Nevada, California, Oregon, and Colorado.

Born and raised in Denver, Colorado, J.J. loves the outdoors, exploring new eateries, and musical theatre. Most evenings she can be found reading and binge-watching the latest TV series that was just released. 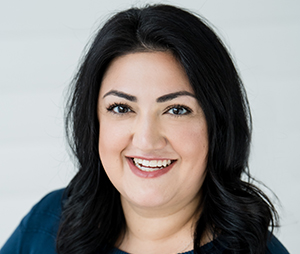 As the grants manager, Desiree Salazar facilitates the foundation’s grant-making operations through all stages of the process and with staff across all levels of the organization. In this role, she serves as the project manager who leads the strategic design and use of data systems to drive docket timelines, manage and reconcile budgets, and ensure adherence to laws governing private foundations.

Desiree has spent her entire career working in the non-profit sector, with her last ten years at community health centers. In her last role as grant operations director at Pueblo Community Health Center, she directed the grants management process, including submission of federal grants, tracking, reporting, and compliance. Desiree graduated with honors with a bachelor’s degree in business administration from Texas A&M-Corpus Christi and holds a master’s degree in non-profit management from Regis University. 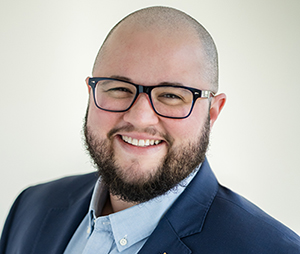 Steph Perkins is a program officer at the Gill Foundation, responsible for identifying and developing grant-making strategies in the states to help advance nondiscrimination protections for LGBT people.

Steph comes to the Gill Foundation from PROMO, Missouri’s statewide LGBT advocacy organization. Steph first joined PROMO as a part-time field organizer in 2008 in Springfield, and served in many roles before being selected as the executive director in 2015.

In Steph’s tenure as executive director, PROMO defeated more than 50 anti-LGBT statewide bills and constitutional amendments through bipartisan action; passed policies that ensure transgender Missourians can access accurate identification documents that are critical for securing employment, housing, and other essential services; and developed innovative, on-the-ground programming to increase the public’s knowledge and understanding of transgender and non-binary identities, especially in rural areas. Additionally, through a unique partnership with the Missouri Foundation for Health, Steph and his team grew an LGBT cultural competency program that trained more than 10,000 staff of healthcare providers, social service organizations, and nonprofit organizations, resulting in more than 100 institutional policy changes. This partnership is now a model sought by several other states.

Originally from Kansas, Steph has been passionately engaged in the fight for LGBT equality at the local, state, and national level for more than a decade. He has served on the Public Policy Council for the St. Louis Regional Chamber of Commerce and the board of directors for Freedom for All Americans, a bipartisan campaign to secure full nondiscrimination protections for LGBT people nationwide.

Steph graduated from Missouri State University with a degree in sociology and religious studies. He now lives in Denver with his dog. 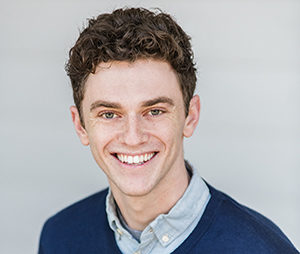 Alec Sarche is the communications associate at the Gill Foundation, responsible for operating the foundation’s external and internal communications and maintaining contact with stakeholders.

Alec previously served as the Grant and Program Assistant at the foundation, and has deep experience in the world of podcasting, new media, and pop culture and entertainment from his time as senior producer at Forever Dog Media in Los Angeles. 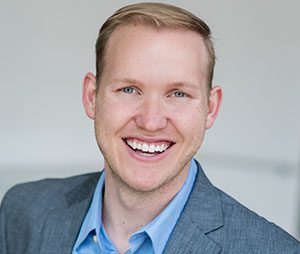 Prior to joining the foundation, Michael was the communications and creative director at RBI Strategies and Research, a leading progressive political consulting firm. While at RBI, Michael worked alongside nonprofits, issue advocacy campaigns, and political candidates to develop and implement nationally recognized, award-winning creative and communications strategies, helping shape public discourse and win at the ballot box.

Originally from Arkansas, Michael has made his way upstream to Colorado. His passion for sports has cultivated a love for radio, ballpark food, and the underdog.

As a senior program officer, Owen Loftus is responsible for grant-making strategies in Florida, as well as the foundation’s conservative and business efforts.

Owen is a life-long Coloradan. He grew up in Pueblo and is a graduate of Colorado State University-Pueblo where he earned degrees in English and political science. After graduating college, Owen worked as communications director for several nationally recognized campaigns and for Republicans in the Colorado House of Representatives and the Colorado Republican Party. Prior to joining the foundation, Owen oversaw state communications efforts for Freedom for All Americans Education Fund.

In his spare time, Owen enjoys spending time with his friends and family, traveling, reading, and volunteering. 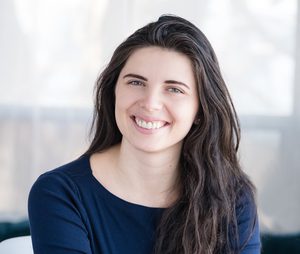 As OutGiving associate, Tatianna (Tati) Santos works with the vice president of partnerships to showcase the work of the foundation’s grantees to the OutGiving network. In this role, she cultivates relationships with current and future donors and supports the planning of donor gatherings. Tati also supports the leadership team, plans board meetings, and helps ensure that the office retains a lively and driven culture.

Tati graduated from Lehigh University with a double major in women’s studies and sociology. As an undergraduate, she worked in LGBTQIA Student Affairs implementing outreach programs as well as helped guide her sorority, Lambda Theta Alpha Latin Sorority Incorporated, which led to her winning the Greek Woman of the Year award for her leadership in the chapter and Greek community.

Shortly after graduating, Tati moved to Colorado and worked as a teen outreach program specialist with the Boys and Girls Club and as a comprehensive sexual health educator with Planned Parenthood of the Rocky Mountains. Through these experiences, Tati honed her presentation and administrative skills while seeking to ensure that Coloradan teens, particularly LGBTQ youth, were empowered and able to transparently live their lives.

Originally from southern Brazil, Tati immigrated to the United States when she was seven years old. She lives in Denver and spends her non-working time attempting to grow a green thumb and hanging out with her family. 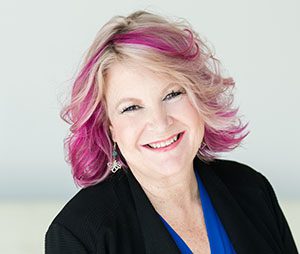 As director of Colorado programs, Denise Whinnen manages a diverse set of portfolios that invest in Colorado to ensure everyone has the same opportunity to thrive. This dynamic scope of work includes LGBT advocacy and services; science, technology, engineering, and mathematics (STEM) education, which cultivates critical-thinking skills and prepares students for 21st century jobs; and, financial services that promote fair lending practices, access to safe capital, and consumer protections. Additionally, Denise works to provide a safe school environment for all Colorado kids through support for anti-bullying and cyber-bullying initiatives and suicide prevention programs.

Previously, Denise served as the business and government strategist for the Gay & Lesbian Fund for Colorado where she expanded the fund’s presence and strategic relationships throughout Colorado by working with business associations, chambers of commerce, local government, and civic groups. In 2007, Denise became the deputy director of the Gay & Lesbian Fund for Colorado and facilitated the development and launch of an innovative networking model that fostered full participation in democracy and civic life.

Prior to joining the foundation, Denise spent 30 years in the hospitality industry managing restaurants, training employees, developing marketing and advertising campaigns, and producing special events. As director of corporate affairs, Denise was responsible for the administrative, financial, and operational activities of 11 restaurants, 350 employees, and more than $12 million in annual revenues.

Denise has deep experience in the nonprofit sector, business, and political campaigns. Denise is a life-long Coloradan who enjoys mountain biking, kayaking, and coffin racing. She and her partner, John, have three children, seven grandchildren, and a pack of furry family members.