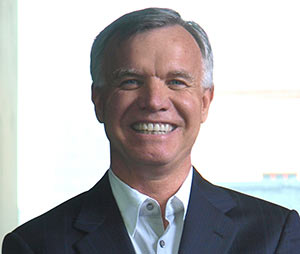 American software entrepreneur and philanthropist Tim Gill founded the Gill Foundation in 1994. Today, the foundation is one of the nation’s leading funders of efforts to secure full equality for lesbian, gay, bisexual, transgender, and queer (LGBTQ) people. Since its inception, the Gill Foundation has invested more than $390 million in programs and nonprofit organizations around the nation, substantially contributing to many of the country’s watershed victories for LGBTQ equality. Gill currently serves as the co-chair of the foundation’s board of directors.

A longtime advocate for equality, Gill is also a strong supporter of social justice organizations and educational institutions. Gill was one of the first major contributors to the Colorado AIDS Project and has long supported local public radio and television through program underwriting. Additionally, Gill has provided financial support to numerous organizations that serve the general public, including support for the development of science, technology, engineering, and mathematics (STEM) education programs and SmartLabs in several schools in the Denver-metro area.

Gill is also the founder and former chair of Quark, Inc., which he launched in 1981 with a $2,000 loan from his parents. He is recognized for revolutionizing the publishing industry with innovative and affordable page-layout software.

Gill and his husband, Scott Miller, live in Denver, Colorado.